Redmann Law, P.C. was established by Kristin Redmann in 2014. While Kristin’s primary focus is Family Law, her husband and business partner, Chris Redmann, focuses on Criminal Defense, governmental entity, and employment litigation. Their team has grown to include two additional attorneys, several paralegals, a legal assistant, and an office manager. 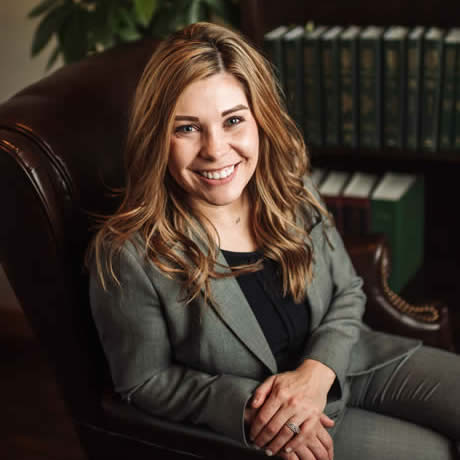 Upon moving to Bismarck after law school, Kristin began practicing family law with a multi-specialty firm. Kristin found early on in her legal career that zealous advocacy comes from understanding and empathy, coupled with a desire for justice and righteousness. With that mindset she set out to establish Redmann Law, P.C. in 2014, and focuses her practice solely on family law.

Chris grew up in northeastern Wisconsin and obtained a Bachelor of Science degree in Political Science from the University of Wisconsin – Steven’s Point. He went on to work for the Federal Bureau of Investigation’s Counterterrorism Division in Washington D.C. He worked hundreds of counterterrorism investigations in the International Terrorism Operations Section. During his time with the FBI, Chris received the FBI Director’s Certificate of Achievement for his steadfast work while assigned to the Counterterrorism Division’s Executive Office. While with the FBI, Chris was also deployed to Afghanistan. Chris later received his juris doctorate at the University of North Dakota – School of Law.

After Chris completed his legal education, with a background in criminal investigations, he worked for the Fargo Police Department. He obtained advanced training in DUI interdiction, standardized field sobriety tests (SFSTs), Domestic Violence investigation, and completed both investigations and narcotics agent school. Chris left the Fargo Police Department to work as a prosecutor with the Burleigh County State’s Attorney’s Office in Bismarck, ND where he prosecuted a range of cases from minor misdemeanor assaults to complex AA felony drug conspiracy. He attended advanced training in the prosecution of drug offenders and maintained a strong conviction rate in the office.

Chris ultimately left government service to join Redmann Law, P.C. as a partner focusing primarily on criminal defense, governmental entity, and employment litigation. His experience in state and federal investigations and knowledge of local, state, and federal governmental entities provides a base for excellent advocacy and leverage for his clients. 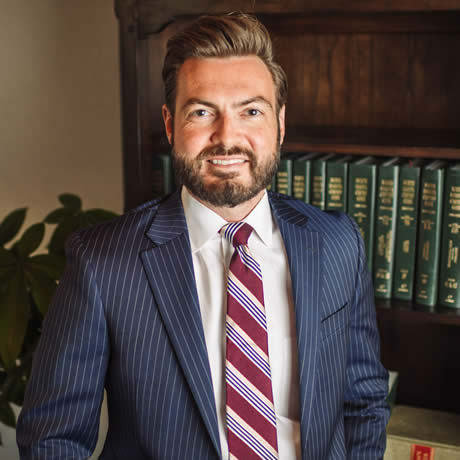 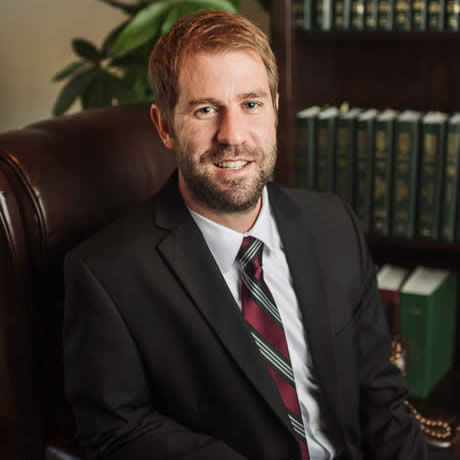 After Patrick completed his legal education, he worked as an assistant bank examiner for the Federal Deposit Insurance Corporation. His professional background also includes special assistant attorney general for child support enforcement and assistant attorney general in the state and local government division. His diverse legal experiences include work as a general practice, family law, criminal defense, professional liability defense, and estate planning. Patrick served as the alternate city judge for the city of Dickinson from 2014-2015 and has been the alternate city judge for the city of Mandan since 2015.

Patrick joined Redmann Law in 2018 and focuses on criminal defense, family law, and estate planning. In addition to his work, Patrick is engaged as a community leader serving as a volunteer wrestling coach at Mandan High School. Outside the office, Patrick is an avid pilot and also teaches piano lessons.

After obtaining her law degree, Heather worked as an attorney representing victims of domestic violence in family law matters. Thereafter, she moved to the Washington, D.C. area where she worked as an Equal Opportunity Specialist investigating potential HIPAA and Civil Rights violations. Since relocating to North Dakota, Heather has gained extensive experience in both the private and public sectors prior to joining Redmann Law, P.C., most notably, Heather was appointed as a child support attorney for the State of North Dakota.

Heather joined Redmann Law in 2019 and primarily focuses on family law. She enjoys spending time with her family and pets and traveling. 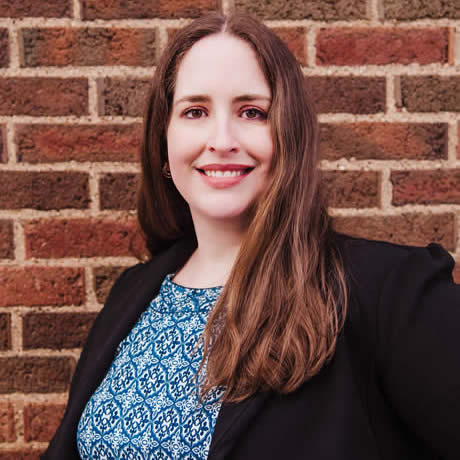 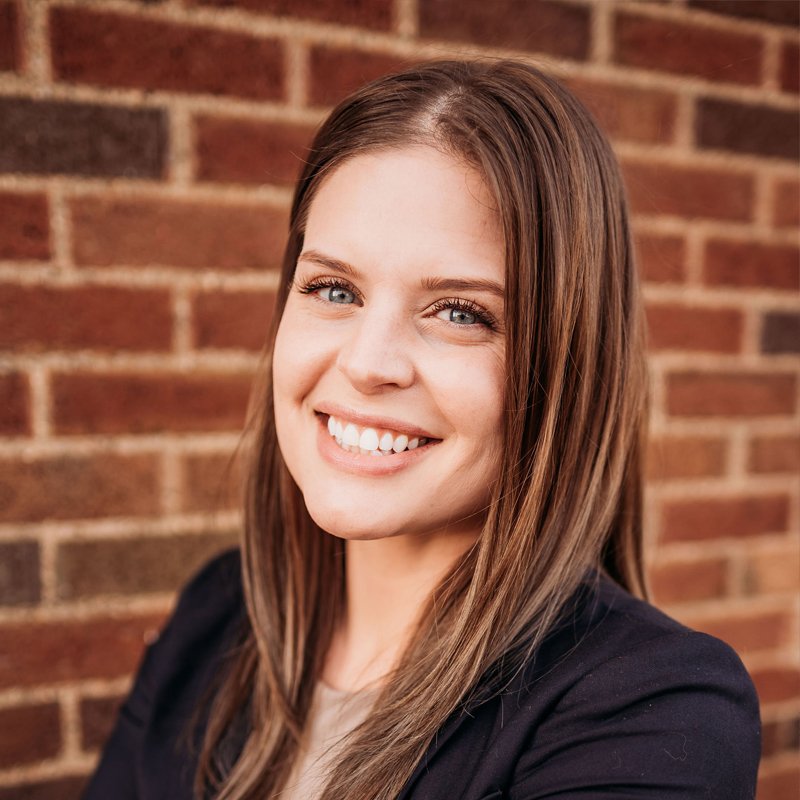 Nicole rejoined the Redmann Law team after years of civil litigation, employer services, and administrative appeals work for North Dakota Workforce Safety and Insurance. After finishing a two-year degree in Paralegal Studies, she completed a Bachelor of Science in Legal Studies in 2013, with a Pre-Law emphasis in legal research, analysis, and writing. She has worked as a paralegal in both workers’ compensation and family law since 2011.

She brings an added dimension to the services Redmann Law provides, primarily in the family practice area. Her research, writing, and investigative experience furthers the advocacy skills of the Redmann Law attorneys to achieve a client-focused, solution-oriented approach. In addition, her work and insight on cases provides significant monetary value to the clients, as opposed to having an attorney complete the same task.

Nicole is a mom to two kids, amateur powerlifter, and semi-professional house remodeler. She enjoys volunteering at the humane society, podcasts, and oxford commas.

Julie Kinnischtzke is a native of Bismarck. She received a Bachelor of Science degree in Paralegal Studies with an emphasis in Civil Litigation from Minnesota State University Moorhead in 1998.  Julie has worked primarily in civil litigation since 1998 at two Bismarck firms.  She has gained experience in general civil litigation, including personal injury, insurance defense, construction litigation, and collection and replevin actions.

Julie joined Redmann Law in 2021 and focuses solely on family law with Kristin A. Redmann.  She currently resides in Mandan with her husband and they have two children, a daughter who is attending college in Grand Forks and a son who attends Mandan High School.  When she is not in the office, she enjoys spending time with her friends and family, going to the lake, as well as watching her son play hockey. 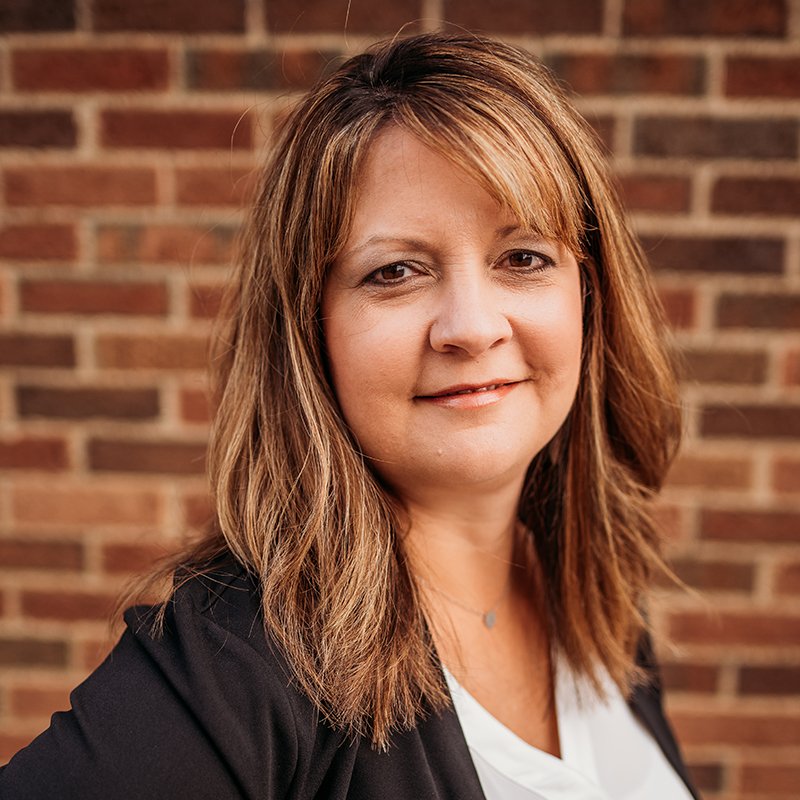 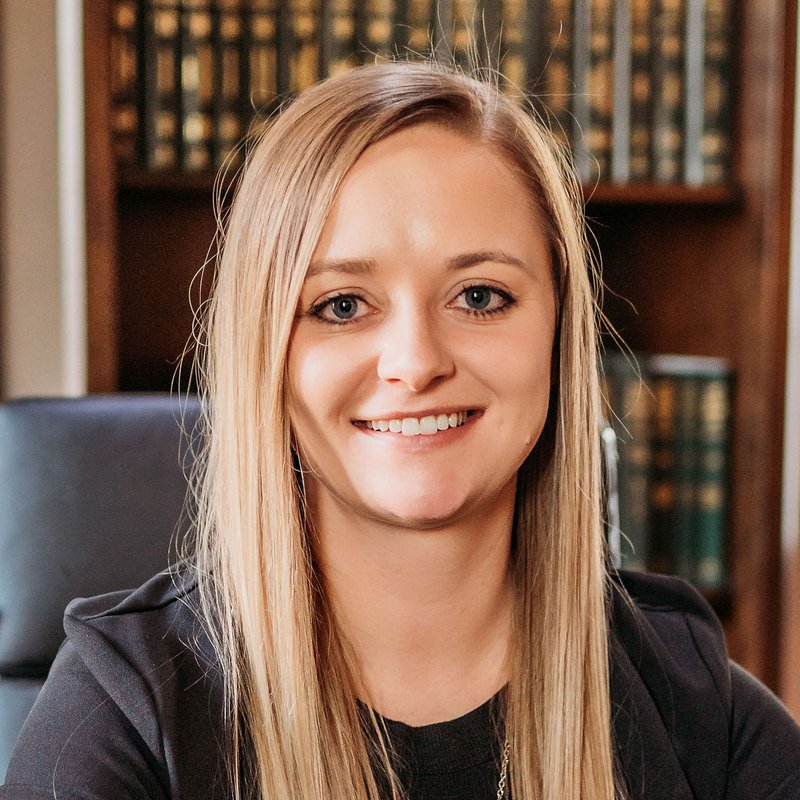 Caroline was born and raised in Bismarck. She graduated from Bismarck High School in 2011. Growing up she enjoyed playing traveling basketball. With her experiences in management and customer service she strives to streamline business processes and enhance operational productivity. She currently lives in Bismarck with her husband and two sons. She enjoys spending time with her family and going camping in the summer.

Olivia was born and raised in Bismarck and graduated from Bismarck High School. She is currently a student at the University of Mary pursuing a Bachelor’s in Psychology with a Pre-Law Concentration. She hopes to attend law school in fall of 2023. Olivia has extensive experience working with customers which provides her with the communication and soft skills needed to provide great service within the firm. During her free time, Olivia enjoys spending time with family and friends, especially her two-year-old nephew. 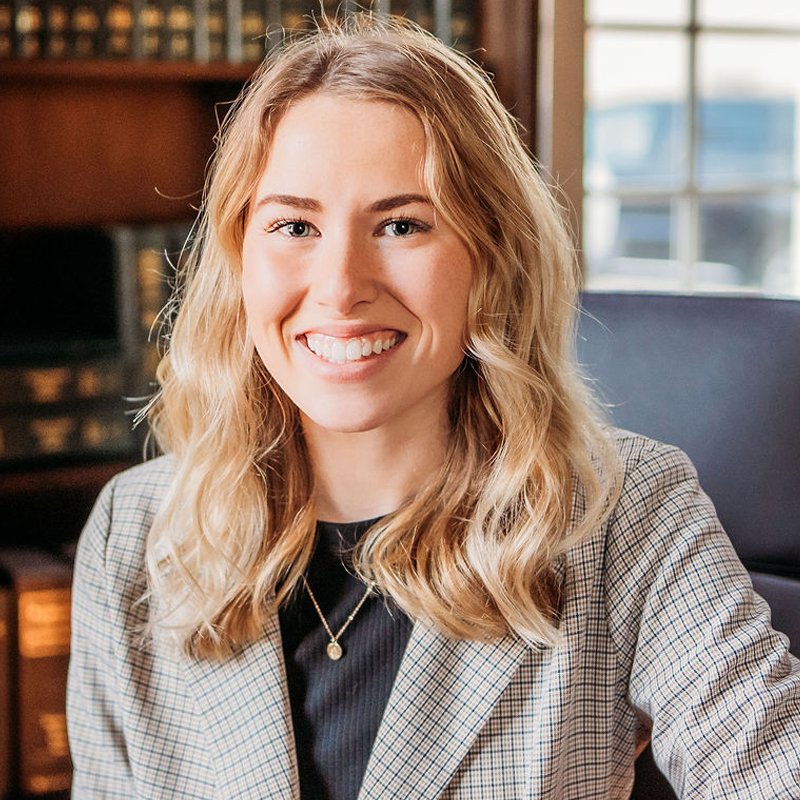 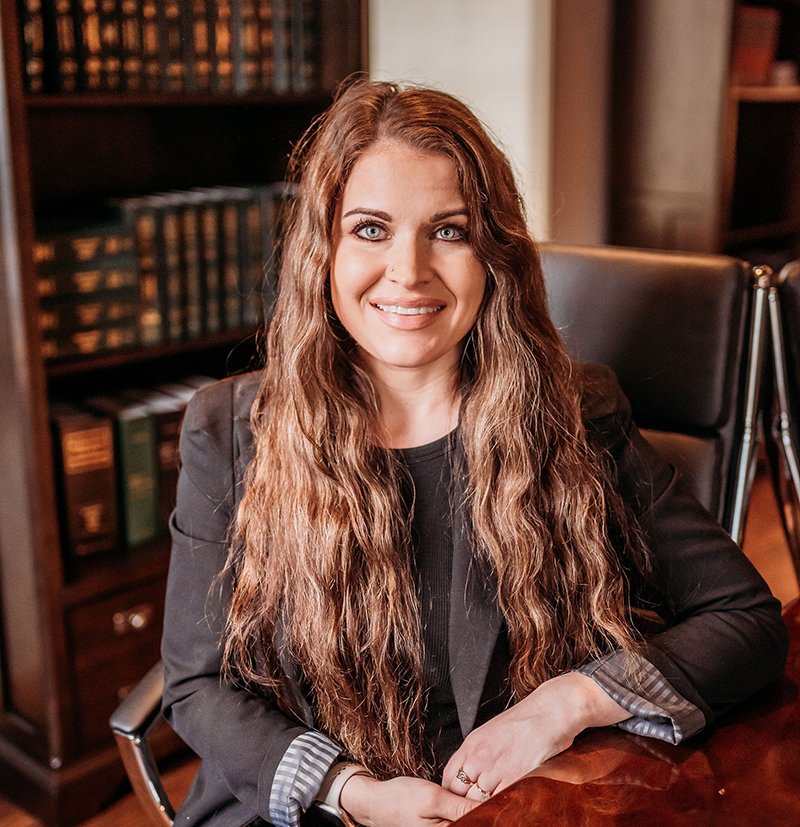 Erica is originally from the Bismarck area. She has an associate’s degree in both Business Management and Administration and is currently working on her bachelor’s degree through Dickinson State University.  Erica is married with 2 children, with whom she loves spending as much time as possible.  She also has a 15-year-old cat, needless to say, Erica stays busy. She has over 10 years of customer service experience and is excited to add to her ever-expanding set of skills.